Memories from a quarter of a century in international PR

The rest of the UK may be planning for Brexit, but Wildfire is heading global. In celebration of our new membership to the international PR agency network PROI Worldwide, this blog takes a look back at just some of the highlights from Wildfire’s quarter of a century running successful international technology PR campaigns across EMEA, the US and Asia.

To begin, you’ll need to cast your minds back to 1992. John Major is PM, a litre of fuel costs 50p and the average house price in London is about £73,000. The Bodyguard is packing out cinemas and cassettes of Right Said Fred’s ‘I’m Too Sexy’ are flying off the shelves down at Woolworths. Euro Disney opens its doors in Paris and the signing of the Maastricht Treaty set the wheels in motion for the Euro.

1992 was also the year Wildfire (or EML as it was known back then) won its first international client — AT&T Microelectronics. The programme at the time involved the setup and management of an agency network covering the UK, France, Italy and Germany.

A few years later in 1998, we were celebrating winning the European-wide brief for Synopsys — a client we retained for the next 17 years.

Carrying on this trip down memory lane we come to the year 2000. While the rest of the country was queueing in their droves to visit the Millennium Dome, Wildfire was building its first global client — CSR. What started as a small European campaign for a start-up in Cambridge grew into a complex global campaign for a Bluetooth pioneer. The CSR account at its peak involved running a global media relations programme, and finding and managing partner agencies across Germany, the US, China, Korea, Taiwan, Japan and India.

CSR paved the way for many more multi-agency global campaigns including Wolfson in 2007, picoChip in 2009 and Premier Farnell/element14 in 2012, which at one time involved coordinating outreach in more than 15 countries.

Also, not to be forgotten, were our adventures in Asia. In 2007 Imagination Technologies, happy with handling PR themselves in Europe, hired Wildfire to organise press tours for the company in Tokyo, Beijing, Seoul and Taipei. I can thank this project for giving me my first experience of eating chicken feet and the Taipei street food delicacy, best described as Kentucky-fried squirrel. Based on the success of the first project the ‘Imagination Asia press tour’ became an annual event for the next six years.

Lantiq was another company to hire us (for three years back in 2009) specifically to manage its PR in China and Taiwan only. Quite impressive for 27 people in a boathouse in Kingston upon Thames.

Back to the present day now. In 2016 we set up a collaborative agency partner network for ServiceNow that includes sub-contracting and managing seven EU agencies plus another two in Israel and UAE. This account continues to be a real flagship example of our robust lead agency processes and our ability to compete toe to toe with much bigger, branded agencies with their own people and offices in every major city. 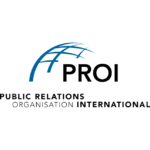 “So,” I hear you ask, “with all this impressive experience and knowledge of international PR already, why do you need to join the PROI?”

As we see it, becoming a member of the PROI is a strategic step that takes the credibility of our international proposition to the next level and enables us to scale our capabilities and relationships to new heights. PROI membership gives us huge opportunities to learn best practice and gives instant access to an established network of 75+ new partner agencies with 5,000+ PR professionals across five continents, 50 countries and 100+ cities.

We’re certainly excited with what’s to come — and can’t wait for the PROI EMEA Conference in Bucharest in October.

If you’re interested in finding out more about our international PR success stories then please do get in touch.

But sayonara for now.

Chris’s extensive experience of agency PR, ‘can-do’ attitude and track record for achieving outstanding results time after time make him a firm favourite amongst clients. His PR degree and natural teaching skills makes him a popular team leader and an expert mentor.