Has time been called for Wearable Electronics? I doubt it.

Posted by Alex Perryman on 9th September 2013
HomeBlogHas time been called for Wearable Electronics? I doubt it.

Every once in a while the news is consumed by a particular topic; dominated by it, well beyond the point that might seem reasonable. In fact, the last few weeks have been odd for exactly that reason: Miley Cyrus’ misadventures towards the end of August, we may recall, did more to raise awareness of twerking than anything else in history. And then last week Samsung’s IFA-related Smartwatch announcement, amongst others, set off a media frenzy that amounted to a de facto ‘Wearable Electronics Awareness Week’. 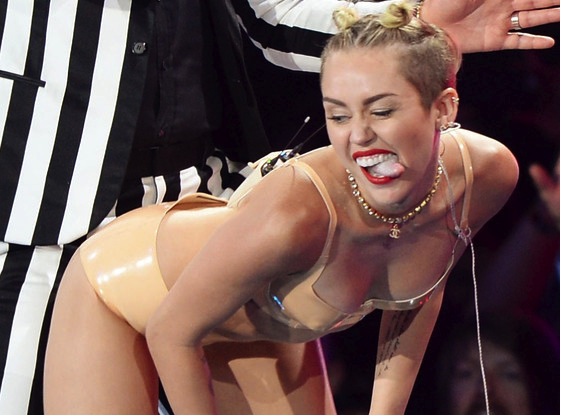 From Wednesday of last week the Twittersphere was awash with linkbaity exposition on the Samsung Watch. Even someone who is paid to keep up with developments in the electronics media, I found the sheer volume of commentary tiring.

But there was one article on the topic, by Ken Hess of ZDNet, that really caught my eye. Mainly because it revealed to me what I actually think about this whole concept of wearable tech and, specifically, smartwatches, whether Samsung’s Gear, the supposed iWatch, The Pebble, or anything else.

And blow me, if I didn’t discover that I’m actually a bit of a fan, (sorry Ben).

What was once fiction, often becomes a useful reality

Interestingly Ken was keen to point out that even the wild, speculative world of Science Fiction tends to limit wearable tech to the realms of the Star Trek Communicator. This isn’t quite true. Years ago science fiction writers such as Iain M Banks and Peter F Hamilton envisioned wearable tech that could work, (navigational instructions embedded in the eyeball that would interact seamlessly with the environment around you, for example; computer-suits you could ‘think’ instructions at, or that could observe the world around you to anticipate your actions without requiring interaction…)

These things, are, of course, a bajillion years from becoming reality. The point Ken’s trying to make is that Wearable Technology is a little glitchy and slow right now. But that doesn’t mean it can’t have a significant part to play in our near future. Mobile phones, after all, wouldn’t have got as far as they have if devices like the notoriously unresponsive and feature-light early Motorola Razrs, for example, hadn’t given way to intuitive, feature rich devices like the iPhone.

I also definitely don’t buy into Ken’s assertions that devices need to be good at only one thing.

“The thing is that wristwatches need to display time. Phones need to make phone calls. Cameras need to take pictures. Eyeglasses need to enhance your vision.”

It’s like the last few years of incredibly-useful device integration never happened. I have no desire to return to carrying a separate MP3 player, pocket-camera and phone when I go on holiday, and neither should you. These devices integrated naturally over time because a) the technology allowed it, yes, but also because b) it was incredibly useful.

Wearable tech will have a part to play. The only question is, is the time right yet? The thing with emerging device classes is that we never quite know what they’re going to be used for until we’ve gone through a few iterations to hammer out the bugs.

But there’s the rub, and where I sort-of agree with Ken: Those iterations have to, themselves, be popular enough to make a useful market case. And from that point of view, wearable tech, and in particular, smartwatches, may have to go through a few more failures before someone invents one people want.

Acknowledge that people don’t want that much from their watches

The current batch of wearable electronics, it is argued, is a fair way off being anything other than a novelty/annoyance, and may currently be overreaching themselves by aping features more commonly found in smartphones. But you have to go a long way to leap from that, to dismissing all wearable electronics without differentiating between different types.

Bluetooth headsets make you look crazy because they’re fiddly, and make you look like you’re talking to voices in your head: Devices like Google Glass will make people walk into things if they view Buzzfeed rather than some precisely overlaid visual guidance.

Helping you to acquire, for example, this fellow’s clothes, boots, and motorcycle.
Source: http://wallblog.co.uk/files/2012/02/TerminatorJudgementdayBarscene.jpg

I believe watches, in particular can fall into a more immediately-useful category, but it may be crucial to admit to their limitations in order for them to be a success.

Very few people ended up watching films on their phones, because the form didn’t suit the content. Similarly, I can’t see anyone choosing to read emails or navigate on their watch; it’s just too fiddly, especially with the use of a touchscreen. But simple things, like using physical buttons on the side to skip tracks, see the weather forecast, or see who’s calling, all seem like nice, convenient iterative developments to me.

Maybe I’m wrong, but I believe that once the price goes down, the battery life goes up, and the features are simplified, people will engage with smartwatches. They’ll wear them, I believe, not for the really ‘smart’ features, but for the relatively dumb ones. Hell, a few of them might even want to know what the time is.