The electronics are kosher, but does the new batch of 4K devices demonstrate a lack of focus?

Posted by Alex Perryman on 4th September 2013
HomeBlogThe electronics are kosher, but does the new batch of 4K devices demonstrate a lack of focus?

The run-up to the IFA consumer electronics show, (running in Berlin from 6-11th September), inevitably sees a rush of companies looking to declare a ‘world first’ in electronic consumer devices.

This year’s novelty appears to be the release of a series of devices capable of recording video in the new 4K format, most prominently in the new Acer Liquid S2 and LG’s G-Pad.

Generating a minimum of 24 frames per second at 4K’s standard definition of 3840 × 2160 pixels is no mean feat. The new Snapdragon 800, used in both the Liquid S2 and the G-Pad, clocks-in at a hefty 6249 floating point operations per second at up to 2.3GHz on a reference tablet. 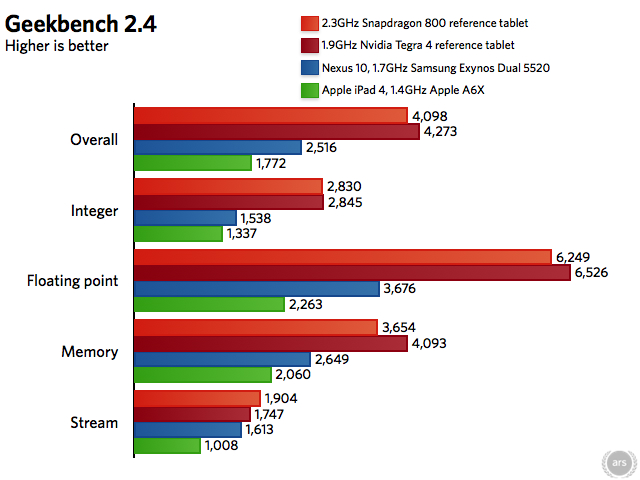 We’re unlikely to see the Snapdragon on full-tilt in most mobile devices, (the S2, for example, is running at 2.2GHz). However, in this region of processing grunt, together a 600MHz Hexagon DSP and some blisteringly fast LPDDR3 memory, (theoretically capable of clocking in at 12.8GB/sec), means that the Snapdragon 800 can eat the concept of 4K for lunch and still have time to image at up to 55MP, (21MP stereoscopically).

Imaging’s always been about more than just the numbers though. My personal beef with companies chasing these kind of headline figures is that, at these kind of resolutions, the kind of optics that can do justice to them rarely make it anywhere near mobile devices.

If you really want the detail, there is an excellent and very detailed guide to some of the limitations of smartphone and tablet optics over on AnandTech’s blog. In brief, though, the use of plastics, the tiny apertures at play, and the small sensors onto which they are focused, mean that in the end, such devices often produce noisy, distorted, fringed images. Such images are also frequently blurred by the lens material used, (past the point, at the pixel-level, that high resolution sensors have anything scene-specific to resolve).

Then again, you also have to ask yourself, why does anyone need this right now? After all, do you know anyone with a 4K TV? In the wake of the poor uptake of 3D televisions, (caused, in part by the long ‘refresh cycles’ of recently-bought HD TVs), it’s hard to imagine many people shelling out for a new set. So that leaves only computers as resolution-appropriate display-devices. And as David Meyer pointed out recently, ‘a smartphone shooting 4K video only makes sense if you can upload those 4K YouTube videos through a fat network connection – these files are not going to be small’.

LG and Acer are playing the ‘iterative game’ here. Ultimately, phones and tablets are reaching somewhat of an impasse, and are becoming somewhat derivative of each other. 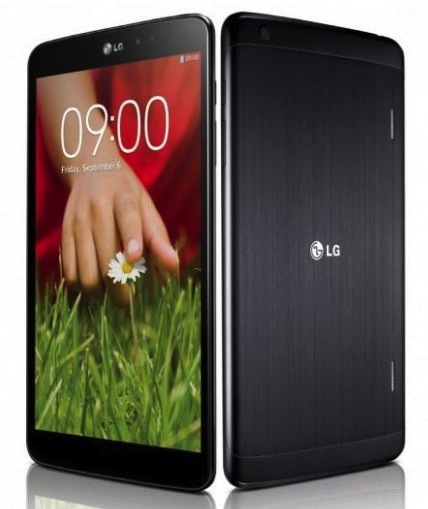 Did anyone notice, for example, the distinctly Apple-like placement of LG’s logos on its new tablets?
Source: http://www.bbc.co.uk/news/technology-23926939

Across the board, from the Tegra to the Snapdragon, mobile electronics are now achieving the kind of clout that can do pretty much anything the average consumer will ever throw at it. And so, in their efforts to differentiate, companies like LG, Acer, and Nokia, (with its 41 megapixel Lumia, announced in July), are reaching beyond what the average consumer needs, to a ‘spec war’ that you could argue nobody needs. We’re likely to see even more of this during IFA, as companies reach for headlines.

On one level, we’re very lucky: One senses tablets, phones and other devices are slowly ‘levelling out’, in terms of how much faster they can become. This suggests that a huge amount of extra effort is about to be poured into software differentiation, stand-out features, and new device types. On the downside, we may find ourselves being sold device features that, at the moment, perhaps seem of dubious benefit.