No fuel? No problem!

Driver shortages caused issues with fuel deliveries across the UK this month, with many of us struggling to make journeys that we previously found effortless.

The new ordeal of trying to find, queue for and consider conserving fuel has made many car users rethink whether they should be switching to electric vehicles (EV).

Those who traditionally saw EVs as inconvenient are now questioning whether this might be the best route forward for the planet, and themselves.

Where we are now

In August 2021, the IPCC described the world’s climate change situation as a “code red”, arguing that we have already created unrepairable damages and need to act now.

The UK government has put measures in place to discourage the use of petrol and diesel cars, adding more emission zones and increasing road tax for less environmentally efficient cars. Last year, the government also announced a ban on sales of new petrol and diesel vehicles after 2030.

There is momentum towards the adoption of EVs within the UK too. The RAC estimates that there are more than 330,000 zero-emission Battery Electric Vehicles on the UK’s roads — with more than 125,000 registered so far in 2021 alone.

The registration of new petrol vehicles has also decreased in 2021, by 283,462. As we get closer to the end of this year, 47% of vehicles registered on the roads are petrol. That’s down from 66% in 2019, before the government’s petrol and diesel ban announcement.

To meet the UK government’s ambitious plans to cut emissions by 68% by 2030, the Climate Change Committee says that nearly half of cars will need to be electric. The current figures give hope that we’re on the right track to achieving this.

However, there is still progress to be made if we are to pave the way to a more sustainable future. Almost half (44%) of us still plan on buying a petrol vehicle. On top of this, many petrol and diesel drivers are using their vehicles to make short trips, creating unnecessary carbon emissions.

The question is, how can we get better? Technology is the answer. Here’s a roundup of the technology that could help us become carbon neutral, today and in the future. 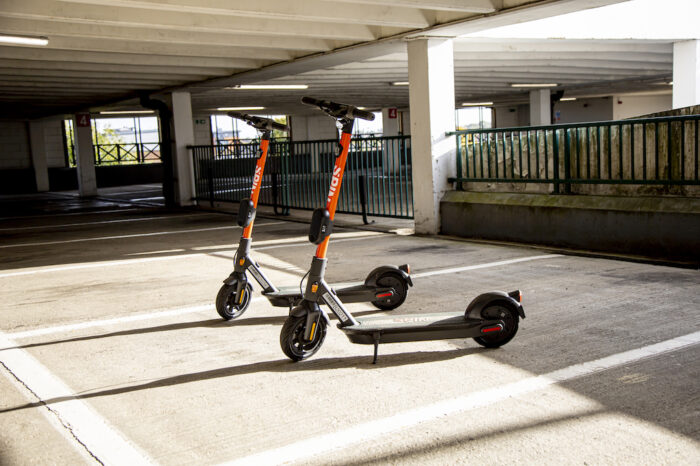 One option is to swap short  journeys for e-scooters or e-bikes. Ford-owned e-scooter company Spin has been running trials across Essex and Milton Keynes, providing us with a way to change our behaviour, today.

Not only that, the e-scooter brand is focused on how it can be more sustainable. In its effort to achieve carbon negativity by 2025, it is working closely with its manufacturers and suppliers to assess the full lifecycle of its products and is diverting 100 percent of waste from landfills. It’s also supporting two carbon removal companies, CarbiCrete and Project Vesta in the fight against climate change.‍ 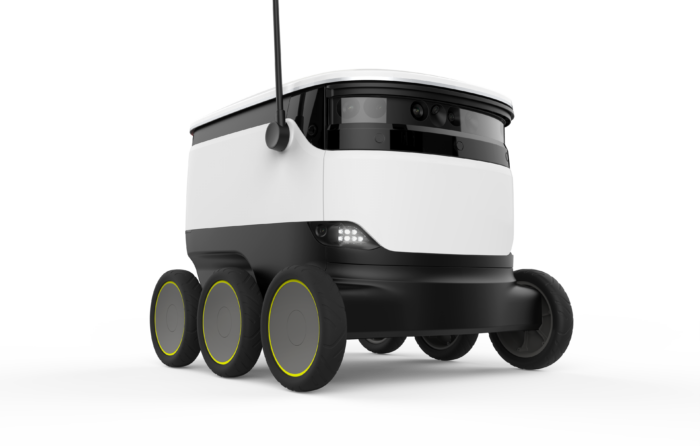 Starship is reshaping the future delivery industry, developing robots that will make it more sustainable. Starship is currently trialling small, self-drive vehicles to deliver small packages across the last few miles of the journey — think urban and pedestrian environments.

Not only is this reducing the impact of all the online orders being shipped to our doors since the start of the pandemic, but it’s also helping to get cars off our streets to create safer and cleaner living areas.

In the not-so-far future, we can expect more companies making use of the technology as consumers call for more environmentally friendly brands and organisations. Starship could become a must for delivery companies to compete over the next few years.

Cleaning up the air 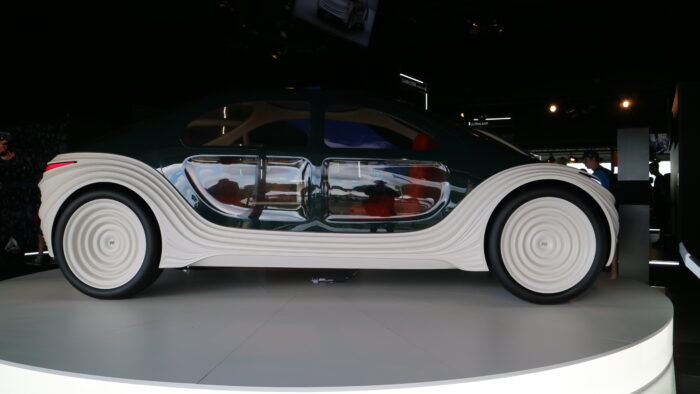 While the focus at the moment is on making the switch to EVs, Heatherwick Studio’s concept car, Airo, takes sustainable transport to the next level.

As well as running on electric power and not producing fossil fuel pollutants, the car actively cleans the air from the pollution of other vehicles! How? Its state-of-the-art HEPA filtering system collects pollution from the environment as it passes through the undercarriage.

Although new petrol and diesel cars will eventually be banned, there will still be several older models on the road, including our beloved classic cars that help keep history alive. Airo could play an important role in balancing out the impact of these vehicles on the environment, and in helping some cities become carbon neutral.