With most of the talk from CES around wearable tech, electric roller skates and drones, I was surprised when the Radio 4 Today programme report from the Las Vegas show touched on tech innovations coming from European firms.  Yes there were lots of small UK based companies present, but the big surprise was the number of French companies.

We expect the UK to be a force in technology start-ups: we have a vibrant and long-standing reputation for founding innovative new technology companies, but France?  They have never really been in the same league – sorry France but you know it’s true.

So how have they advanced so quickly?  Well, they have their government on board for a start – two government officials were at CES to spread the word. And the launch of LaFrenchTech nearly a year ago gave its drive a focus.

The rise of the French tech start-up scene reminded me of a conversation I had with Sarah Macken, CEO of ESCO last year. Sarah and ESCO are working hard to get government support and to take advantage of funding that is there for the taking from the European Commission.

ESCO, in case you are unaware of it, has been formed to promote the electronics systems industry in the UK with an objective to grow it. It has the support and involvement of many prominent people in the industry, and the Minister of State for Intellectual Property is the co-chair. But electronics systems is still not one of the government’s priority industries.

There is a European industry-focused programme, ECSEL (Electronic Component and Systems for European Leadership) with €4.8 billion of funding available to contribute to the development of a strong and globally competitive electronics and systems industry in the EU.

The European Commission matches funding from the government and that is matched by a contribution in-kind from industry. ESCO wants to ensure UK companies take full advantage of this.

Historically the UK has been very slow compared to other countries at realising the potential of EU funding. Consider ECSEL’s predecessors – ENIAC (nanotechnology) and ARTEMIS (embedded computer systems).  Between 2008 and 2013 the UK grabbed a paltry €93 million of total investment compared to €1,179 million invested in France. Eight other countries had a bigger piece of the pie than the UK including Germany, the Netherlands, Italy and Spain. 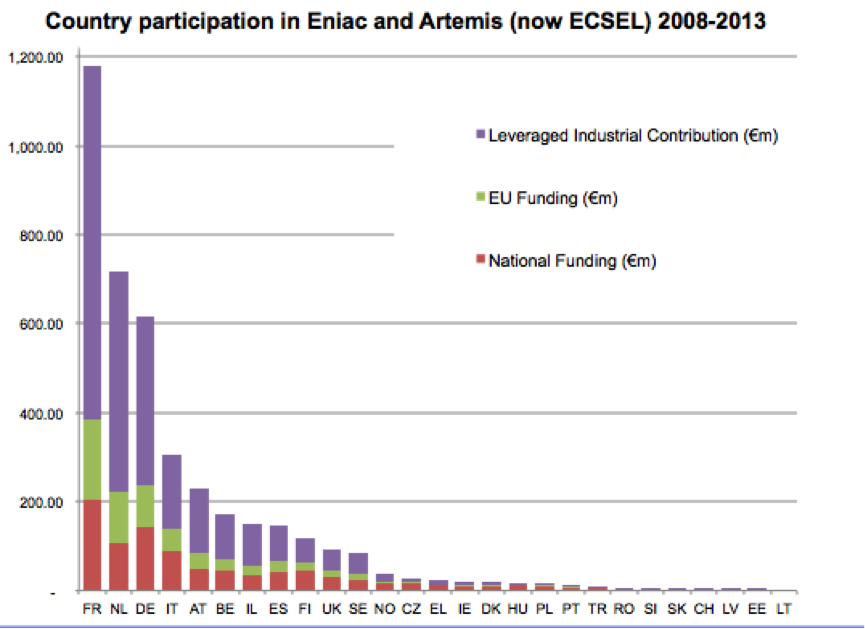 So perhaps part of France’s rise to prominence in tech start-ups is that it has the support of its government, which is willing to invest in technology and is being very smart in its approach to funding.

The UK is home to world-class multi-national electronics components and systems companies.  These companies enable the innovation in many important growth sectors including automotive, energy, robotics, healthcare and defence.  In spite of this, successive governments have a very poor record of recognising the importance of the industry.

Invest in electronics systems and the impact will be amplified across a whole range of industries.

To me it’s a no brainer, let’s hope the UK government wakes up to this opportunity and helps to keep the UK at the forefront of technology innovation.

Richard is CEO at Wildfire, fulfilling a dual role of overseeing the commercial aspects of running the business and offering strategic input and advice on clients and new business. Richard has 28 years of experience in running international PR campaigns for technology companies.