Over 50s — The forgotten market in tech

Recent years have seen a landmark shift in the way technology marketers talk to their audiences, with an explosion in diverse products and campaigns designed to attract, reflect and represent a far wider spectrum of human existence.

From a greater focus on gender identity, race and sexual orientation to a renewed focus on mental health, neurodiversity and disability, technology marketing has never been more inclusive.

But for all this inclusivity, there’s one group still being left behind — the over 50s.

While 25% of the world’s population fall into the 50-plus age bracket, representation of over 50s in marketing (and especially tech marketing) remains extremely low. In recent years, 95% of all advertising dollars were spent targeting those under 35, despite the over 50s holding the overwhelming majority of the world’s disposable income.

Why do tech brands ignore the over 50s?

Western cultures typically fetishize youth, and nowhere is this truer than within marketing. The technology sector also has its own long history of excluding older generations, all too often assuming that younger audiences will be more open to new technologies.

In some ways, this stereotype isn’t without a basis in reality. Despite their lower levels of disposable income, the data shows that young people are more likely to adopt and trial new technologies, while those over 50 are more likely to resist. Over 50s are also more likely to be concerned about their personal privacy and question the security of devices, another factor that makes them a hard sell for new platforms and experimental tech. x

While these factors are worth considering, tech brands are too quick to dismiss the over 50s audience. In many ways, the view of older people as resistant to technology has become self-fulfilling. New technologies get built for (and are marketed towards) younger consumers. As such, is it any wonder that those over 50 have been slower to adopt?

As Bran Knowles, a data researcher who studies technology adoption explains, tech brands suffer from a “misalignment of values and products”, often failing to treat older consumers as “valid stakeholders” for new technologies.

Alongside this, there is also a simpler explanation for tech brands not targeting the over 50s – they’re really bad at it.

Given this lack of understanding, it can be very easy for marketers and tech professionals to default to their own experiences and target their campaigns based on ‘what they know’. This inevitably leads to an imbalance, with older consumers failing to be represented within, or targeted by, tech marketing campaigns.

Why should tech brands target the over 50s?

The stereotype that older consumers fail to use or adopt tech is a thing of the past. Today, tech adoption among the over 50s is booming.

Let’s look at the stats. More than half of older adults now own a tablet and 64% own a smart TV. Among the over 70s, more than half own and use a smart TV with subscriptions like Netflix, Spotify and Amazon Prime.

Mirroring younger consumers, those over 50 have also switched from laptops and computers to smartphones; communicating, shopping and gaming on the go.

Gaming is a particularly interesting trend. Way too many marketers still see video games as a young market, but in the last two years that has changed dramatically. Today, 44% of over 50s play video games — up from 38% in 2016.

In recent months, those over 50 spent more than $3.5 billion on gaming hardware, content, accessories, and in-game purchases. For games-tech marketers still only targeting teenage boys, that’s a colossal missed opportunity.

Technology-based experiences are also not off the cards for the over 50s, with research from Sunlife concluding that “far from winding down… this group are picking up new hobbies, setting up cottage industries, travelling and seeking out new experiences”.

Clearly whether it’s games, devices, new experiences, or digital content, the over 50s market is ripe for tech companies to embrace. To top it all off, despite the over 50s making up only a third of the population in the UK, they hold more than 80% of the nation’s wealth! Hardly a niche market if you’re on the hunt for paying customers.

What should tech marketers take away from this trend?

Across other industries, the decision to stop excluding older audiences has been met with delight from consumers and the press. As a recent example, just look at Loreal Paris’ “The Non-Issue”.

Launched as a special edition in Vogue, The Non-Issue fought ageism with over 80 pages of fashion and editorial content entirely made by, and dedicated to, women over 50. The issue received universal praise in the media and attracted more than 40,000 new readers – as well as widespread recognition for Loreal Paris. 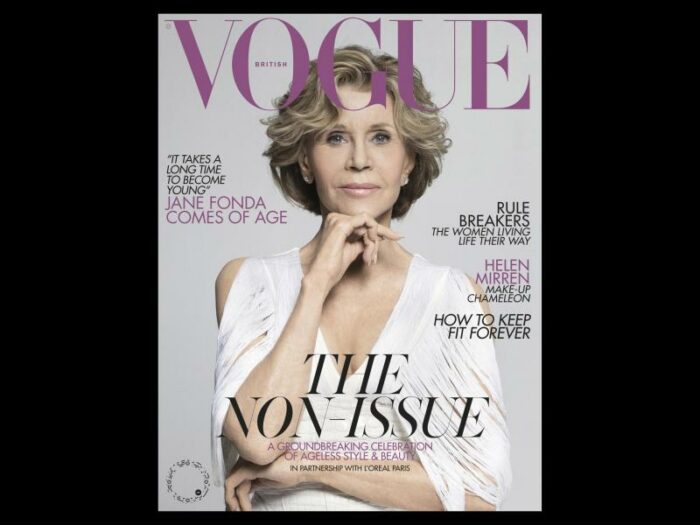 Tech brands could learn a lot from this sort of marketing, embracing the cross-industry trend of treating 50-plus consumers as a valid and valuable audience for technology products and marketing campaigns. With that in mind, here are a few valuable lessons tech brands should take away from this trend.

Age is not a valid segment: Broad-brush demographics like age and gender simply aren’t accurate enough for targeting in 2022 as they rely on stereotypes and assumptions over meaningful insights.

With more than 26 million people aged 50-plus in the UK alone, the idea that the over 50s represents a single group with singular interests is clearly ridiculous. If brands want to target customers that will pay for their products, they need to do so based on much more niche interest groups or, ideally, individual behaviours.

Don’t target, represent: While targeting ads directly at older audiences is rarely a successful segmentation strategy, it’s vital that the over 50s are represented in marketing. According to one study, 89% of older consumers feel that brands aren’t interested in them, while 74% say they are never represented in mainstream ads. Tech brands need to avoid patronising stereotypes and instead start to include those over 50 as an everyday part of their marketing, imagery, and ads.

Kill the cliches: The little tech marketing that does exist for older audiences is full to the brim with patronising terms and ‘cute’ clichés. Gamer grannies, silver surfers, the ‘grey pound’. In a Gransnet survey of older audiences, 55% said that they hate these terms, while 79% feel their age group is patronised by advertisers.

When promoting products and building campaigns, tech brands need to drop the clichés and focus on creating an accurate, down-to-earth portrayal of those over 50. This will not only open up new audiences but help brands build a stronger reputation for respecting and understanding their customers.

Wildfire Labs explores intelligence, insights and trends from the world of tech marketing and PR. Articles and content by Alex Warren, Tim Richardson, Rebecca Quin and Paula Fifield. If you'd like to learn more about any of our trends or our team, contact labs@wildfirepr.com.