How tech brands are using the Y2K aesthetic

Looking around, it’s easy to feel like you’ve travelled through time and ended up in the late 1990s.

Among Gen Z, turn-of-the-millennium aesthetics, cultural references, and even tech are all back in fashion. Trendsetters are dressed in crop tops, glittered baseball caps and bulky sneakers; Michael Jordan’s back on our screens, while films like The Matrix and Space Jam are once again back at the box office.

Grouped together, these trends form part of a new, nostalgic visual style that has become a defining feature of the last 12 months — the Y2K aesthetic.

Favoured by Gen Z (and now spreading to young millennials), the Y2K aesthetic brings the cultural iconography of the millennium (circa 1997 to 2002) back to life.

While Y2K is an aesthetic trend, it’s not just about the clothes that Gen Z wear. It’s a design trend that celebrates loud unabashed fun and a form of individualism that never took itself too seriously.

In 2022, Gen Z are hoping to recapture this attitude — partially ironically — but often with a genuine appreciation for the clunky, colourful simplicity of the time. As one YouTuber explains it, Y2K celebrates “a time where the internet was clunky and raw, but most of all, could be turned off.”

Most of the analysis that surrounds the Y2K aesthetic has been from a purely fashion perspective, but what about this trend’s impact on the world of tech?

In recent years, U.K. cassette sales have hit their highest level in more than a decade, with Billie Eilish’s debut album When We Fall Asleep, Where Do We Go? Becoming the biggest cassette release in the U.K.

This trend has also driven a renewed focus on the hardware surrounding cassettes, with new opportunities for tech brands to turn a profit on new-and-improved retro tech.

One of the leaders in this space has been GPO, which specialises in “modern retro” technologies. Having benefitted hugely from the vinyl boom (as well as a recent resurgence in rotary-dial telephones), GPO is now leading the way with modern retro tape decks and portable cassette payers.

Of course, in keeping with the idea of Y2K as a purely visual aesthetic, these decks have been updated to incorporate all the technologies that Gen Z have come to expect (Bluetooth functionality, Spotify integration, tape-to-MP3 converters etc.). On a site like Urban Outfitters these faux-retro tape players typically sell for £50-£80.

Tapes themselves have also received a high-tech upgrade.

In 2018, French audio tech company RecordingTheMasters began work on a new form of cassette tape, responding to the growing rise in demand. After acquiring the rights to use the same tape formulations as the much-loved BASF and AGFA tapes of the 1980s, RecordingTheMasters launched “Fox”, an improved cassette format for the new generation.

But it’s not just obscure manufacturers and retro-tech companies that are taking advantage of the Y2K trend. Even the biggest players like Apple are not immune to this retro aesthetic.

Of course, Apple has a well-established heritage in this area, with its bulky, colourful iMac G3 being a beloved staple of the millennial area that Y2K attempts to recapture. 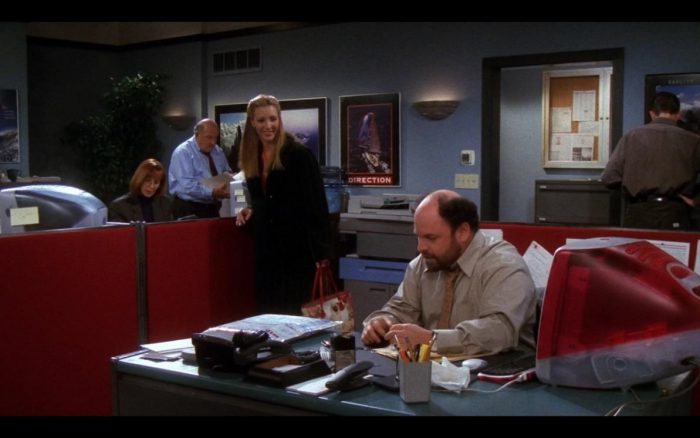 Last year, Apple tipped its hat to the iMac G3 with the launch of the Apple iMac M1, which comes in an uncharacteristically vibrant array of colours, reminiscent of the late 90s classic. Perfectly matched to Gen Z’s favourite aesthetic, bets are on for when Apple releases an optional translucent back for its next machine. 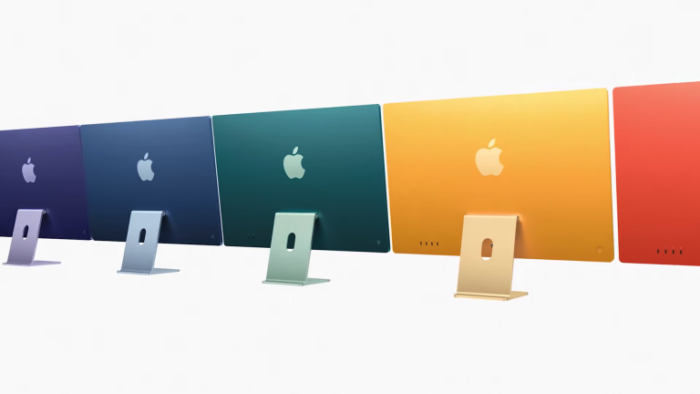 What can tech marketers learn from this trend?

Jumping on the Y2K trend won’t be for everyone, but there are a few things that marketers and tech brands can learn from this trend.

1. Gen Z is driving this trend — For the most part, this trend is being driven by Gen Z. Boomers and late millennials who were already adults during the 1990s have far less rose-tinted nostalgia, being more likely to remember the real-life frustrations of using old tech. As such, brands that exclusively target Gen Z may be happy to go all out, but for those products that have a wider audience, the Y2K trend should be used sparingly.

Already, established fashion magazines are describing the Y2K aesthetic as a “tricky” look to pull off, encouraging older consumers to lift individual elements rather than going all out and risking looking like a 90s tribute act. I’d give the same advice to marketers. Use the trend to target Gen Z, but don’t go overboard unless it fits perfectly with your brand’s existing heritage.

2. Bold colours are back — The days of new technologies coming in a plain black or grey casing (or even a super-futuristic white one) are over. Technology doesn’t have to look dark, masculine, military or even “sexy” in order to appeal to Gen Z. People want technologies that are bright, colourful, show personality and that fit with the current aesthetic.

Whether it’s the packaging, the promotion, or the product itself, bold, block colours are back in.

3. Retro design, modern functionality — As discussed, Y2K is an aesthetic trend only, so while Gen Z may want their tech to look retro, that doesn’t mean they want to lose any of the functionality they’ve come to expect from a modern device. Convenience is everything, and the reality is that genuinely old tech is rarely ever convenient to use. Y2K is about enjoying nostalgia and the Instagram/Tiktok friendly visuals that these technologies create. Cassette tapes will never replace Spotify, but they do represent a “new” way for young people to experience music. The old won’t replace the new, but it will find a place alongside it.

4. Influencers are key – Given its visual nature and large following among Gen Z, the Y2K aesthetic has received by far the most attention on channels like TikTok, Instagram and YouTube — driven primarily by influencers.

If brands want to align themselves with this aesthetic, or a product naturally lends itself to this particularly retro vibe, then their best option is to target those influencers who are already using this aesthetic. You can find a full list of these influencers here.

And remember, just because many of these influencers are focused on fashion, doesn’t mean that they’re not an ideal target for consumer tech. These days, consumer technologies are fashion. A new technology that offers a retro look, or even just aesthetic packaging, can receive just as much buzz from a Y2K fashion influencer.

5. Be sensitive to cultural implications – As with so many trends online, the Y2K aesthetic hasn’t been without some degree of controversy. Many of the styles currently being recreated by young, majority white, females on Instagram and TikTok were inspired by black pop culture icons of the early 2000s.

This has opened up serious discussion about the appropriateness of brands (and individuals) using this trend, including accusations of whitewashing. Other concerns raised have included the potential return of “size-0” fashion trends (often associated with the late 90s) and potential sustainability issues due to the reintroduction of environmentally unfriendly design products such as sequins and glitter.

While there is a degree of irony at play, the Y2K aesthetic shouldn’t be written off as hipsters playing dress-up. Generation Z are engaging in this visual style because they do genuinely enjoy the aesthetic. If you watch any number of influencer streams, beauty tutorials or unboxing videos related to this trend, it’s easy to see the non-ironic joy that this aesthetic brings. Gen Zers love for the gaudiness, the glitz, and even the clunkiness of it all. From a design perspective, the millennium was a time of optimism and fun. Whether it was in reality is a different matter, but it’s understandable that this generation would want to recapture the ideals that Y2K stands for.

From a brand perspective, Y2K also offers potential for creativity, whether in product design, packaging or marketing. Tech brands are a big part of this and shouldn’t be afraid to experiment with this trend as long as it doesn’t exclude older audiences, or clash too strongly with their brand heritage or existing tone of voice.

Wildfire Labs explores intelligence, insights and trends from the world of tech marketing and PR. Articles and content by Alex Warren, Tim Richardson, Rebecca Quin and Paula Fifield. If you'd like to learn more about any of our trends or our team, contact labs@wildfirepr.com.