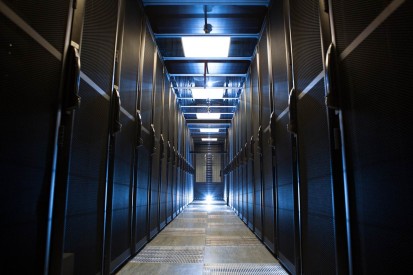 London, UK, 8 October 2013 – Node4, an award winning data centre and communications specialist, has appointed technology PR agency EML Wildfire to increase awareness of its high quality, flexible IT infrastructure services in the UK. The campaign will focus on raising the profile of the Node4 brand with channel, SME and larger enterprise audiences.

EML Wildfire will promote Node4’s services and expertise in its four key IT markets: colocation, cloud computing, communications and connectivity. EML Wildfire’s work will target IT decision makers in businesses, from IT managers in smaller enterprises to CIOs of large corporations.

Node4 has complete ownership and control of three regional data centres based in Derby, Leeds and Northampton. Node4 places great emphasis on its personalised approach that enables it to customise solutions for its customers and work with them to build the optimum IT environment for their business. In doing so, Node4 has brought tangible business benefits to a variety of customers, delivering IT infrastructure as an enabler for business growth.

“The people at Node4 feel passionately that technology can have a huge impact on the success of a business,” said Dorota Gibiino, Marketing Manager, Node4. “Node4 is an easy company to do business with and we want this to be conveyed through our internal and external communications. EML Wildfire understood our proposition and prepared a campaign we feel is capable of elevating our company messaging to another level.”

“There is a huge opportunity for Node4 to be seen as one of the most exciting IT companies in the UK due to its dedication to providing top-of-the-range technology solutions as well as the skill and drive of the team to deliver excellent results,” added Lorraine Jenkins, Director, EML Wildfire. “Our experience of helping technology companies build greater brand awareness and get on the radar of key influencers makes our agency perfectly positioned to help Node4 fulfil this potential.”

About EML Wildfire
www.emlwildfire.com
EML Wildfire is an independent UK-based B2B and consumer technology PR agency with a track record of campaigns across the UK, Europe, the USA and Asia. Our expertise covers the enterprise, communications, electronics, design services, cleantech, digital and semiconductor technology sectors.

We are headquartered in South West London on the banks of the River Thames with a presence in Cambridge, the UK’s technology heartland.

About Node4
www.node4.co.uk
Node4 is a data centre and communications specialist. Launched in 2004, the company has grown rapidly in the past nine years through its comprehensive service offering and the growth in demand for hosted IT from businesses all over the UK. Its competencies include cloud, colocation, managed hosting through cloud and virtualised environments, connectivity, SIP trunking and hosted telephony. It has four state-of-the-art data centre facilities, two located in Derby and one in Leeds and one in Northampton, which offer the latest in security technology, ensuring that even the most mission-critical applications are hosted securely and protected. Its leading solution, n4Cloud is a key part of the company’s wide product portfolio.

The company aims to be one of the UK’s major forces for colocation services in the UK and to this end, provides the highest levels of performance and system availability to its customers throughout the UK.

Node4 ranked 45th position in The Sunday Times Tech Track 100 and won 1st place for fastest growing Midlands Technology Company in the Deloitte Fast50 and 22nd in the UK. The company also featured highly in 139th position of the Deloitte Fast 500 recognising fastest-growing technology companies across Europe, the Middle East and Africa.