Crowdfunding: Less than the sum of its parts?

Posted by Alex Warren on 30th August 2013
HomeBlogCrowdfunding: Less than the sum of its parts? 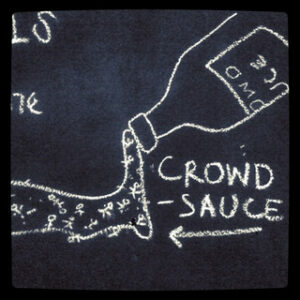 Last week saw popular crowdfunding site Indiegogo raise a record breaking 12.8 million dollars for the launch of a new smartphone: the Ubuntu Edge. While the concept of crowdsourced fundraising is in few ways original (dating back as far as the 1800s), within recent years the emergence of easy-to-use internet tools such as Kickstarter and FundaGeek have helped spur on a new wave of interest.

As with the majority of shiny new technologies, the mainstream media have been quick to expound the potential virtues of this exciting new channel. With community-based decision making and overtly democratic principles, crowdfunding has quickly been heralded as everything from an evolution of capitalism right through to a solution for the global financial meltdown.

But before we crowdfund yet another pair of rose-tinted glasses, we should consider that every new technology comes loaded with two sides. (Regardless of what those pesky techno-determinists tell us!)

As children I’m sure many of us were told that sharing is caring, team work is good work, and that the whole is greater than the sum of its parts. Unfortunately the parents who told us these simple truths had obviously never heard of Maximilien Ringelmann.

In 1913, Ringelmann conducted experiments asking increasing numbers of people to pull on a rope. As the number of participants increased, their individual efforts began to decline. This ultimately led to considerably lower efficiency throughout the task.

This “Ringelmann Effect” is not a one off, but is rather an accepted phenomenon within the field of social psychology. The explanations behind such “social loafing” range from a diffusion of pride (and as such a reduction in effort) through to demotivation from the knowledge that individuals are nothing more than “one small cog” in a much larger machine.

In the million-user context of Kickstarter or Indiegogo, the potential for such counter-productive effects has been realised to an astounding degree. While large investors would have devoted time and effort to ensure their product’s success; amongst the pandemic of contributors on Kickstarter, responsibility is simply too diffused. As ownership is dispersed, so too will be vital investor concepts such as responsibility, commitment and pride.

And it’s not just crowdfunding that’s beginning to witness the impact of Ringlemann’s curse. As ever more millions of people “like” and “follow” their favourite charities on social media, non-profit organisations find themselves inundated with non-participatory “slacktivists”.

Perhaps with responsibility increasingly diffused between millions, the urge to actually do anything is becoming an ever rarer phenomenon.

Alex uses his in-depth understanding of the media and creative flair to engage target influencers and create stand-out results for every client campaign. In 2016, Alex published his first book, Technoutopia, which explores the impact of technology on the media. He now regularly contributes articles and opinions to Huffington Post, Marketing Week and MinuteHack.