Chris Chris is one of EML’s resident PR graduates. Back in the days when there were only two PR degrees in the country he dedicated three years of his life to mastering the dark arts in a sacred quest to become the PR equivalent of a Shaolin Monk. He has spent his entire career to date in tech PR and has been exposed to pretty much all walks of technology from engineering and IT to telecoms and electronics. Once a bright eyed and bushy tailed young dynamo, an unhealthy amount of PR experience in structured cabling has left him an aged shell of his former self … he’s now the guy you don’t want to sit near at dinner parties. Chris is an avid follower of the three F’s – football, film and food. When he’s not on shift at the good ship EML he spends his days living in Hampshire with his wife and a menagerie of small furry animals for company.

Juliet Juliet has spent many years working happily as a PR and marketing person in the worlds of fashion, food, travel, concert, B2B, high tech and sport. Oh, and consumer event management and journalism. Not a technophobe but not a techie either, Juliet works on the principle that if she can understand it so will most people. She has an artistic bent and has done a shed load of dance / drama, until recently teaching the under 10s ballet, modern and tap. Her current claim to fame is taking latin and ballroom dancing lessons with Vincent and Flavia from Strictly Come Dancing. Born in Nigeria, she lived her life as a nomad until finally settling down in Cobham with her husband and family 20 years ago.

Andrew Oddly, the picture isn’t that far off. Andrew has an answer for everything but it’s not always right. Luckily he’s also quite believable most of the time so he gets away with it. A techie at heart he likes to make things work – he’s not a fan of technology for the sake of it however and falls in to category of late-adopter. He’s a big fan of the internal combustion engine and loud music, he washes his own car too. Psychometric testing confirmed his ideal career path was as a systems analyst – unfortunately the results came in 5 years too late, so PR it is!

Alex A philanthropist at heart, Alex’s main hobbies are smiling, dancing at his desk, and spending too much time drinking in Soho. Alex is easy to please, and his main ambitions involve installing a library in his flat and buying a cat. Alex is also to be found frequenting the theatre and alternative comedy scenes with his other half, and is an unrepentant geek. Alex studied Classics at Exeter, yet oddly is considered one of the ‘tech-heads’ of the company. Alex’s most shameful secret: Though says he was born in Marlborough, Alex was in fact, due to lack of hospital space, born in Swindon; presumably on a roundabout. He now lives in a posh part of West London, which is a big improvement. 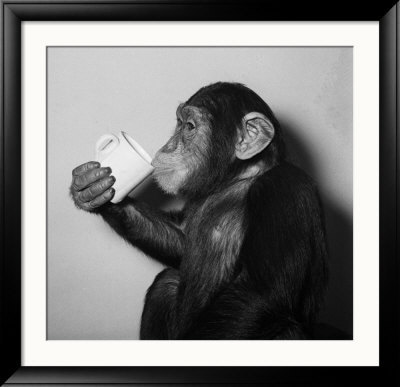 Darren Imported directly to EML from the heart of the Westcountry, Darren crossed over to the dark side of PR after completing a degree in Journalism. A lover of all things shiny and gadget like, he likes to know how things work. Darren can often be found at his desk frantically trying to decipher his own handwriting or shorthand, drinking an unhealthy amount of tea and writing countless articles and press releases for his clients. In his spare time he can be found frequenting the classy and not so classy pubs and bars of Clapham, going to gigs and playing football on the common.

Ellie Having overdosed on cheese and chocolate whilst living in Geneva, Ellie headed for Surrey in early 2010 and breezed through her EML interviews with confidence and professionalism (or perhaps it was the cupcakes she brought along that sealed it?). She’s a History graduate with a background in financial PR, and currently spends her free time outside of EML Towers studying for her MA in English Linguistics. She’s not a techie per se but a walking advert for Apple having lost battles with both iPod and iPhone addictions, whilst also becoming a consummate Mac convert since hopping aboard the Kingston Express. When not studying or organising her baking tins into size order, Ellie can be found enjoying a glass or three of Pinot Grigio in any one of Teddington’s most glamorous hotspots.